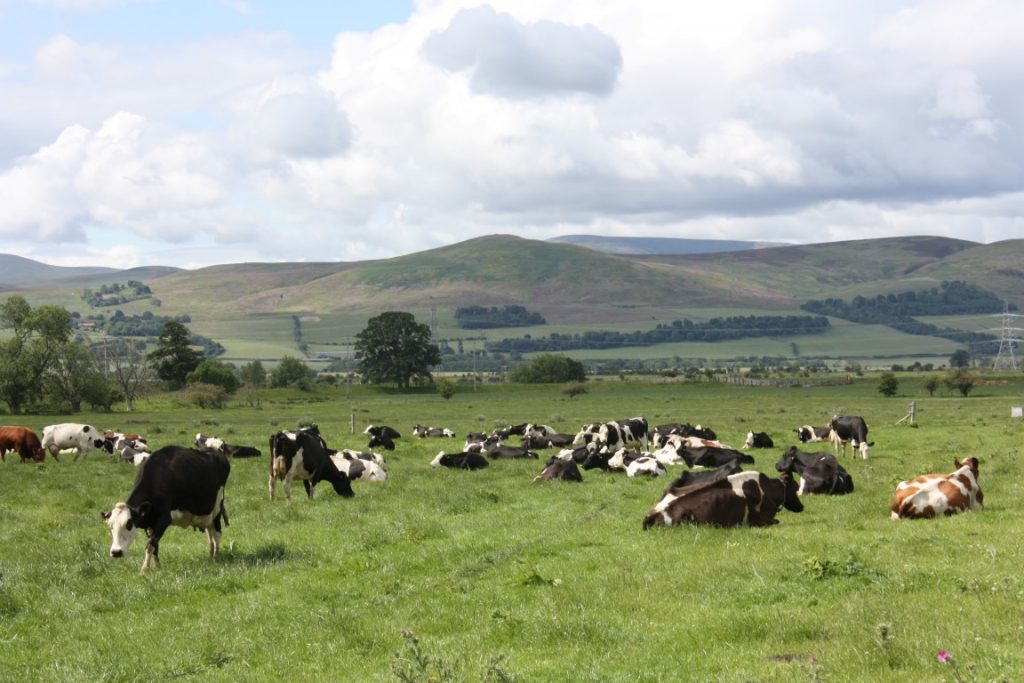 Exciting times for Doddington Dairy!  Announced  winner of the BBC Food and Farming Awards for Best Food Producer at a prestigious ceremony held at College Green in Bristol on Thursday 30th April 2015.  The award was presented to Neill and Jackie Maxwell by Chair of the judges, chef proprietor of Caf Spice Namaste and celebrity television chef, Cyrus Todiwala, OBE DL. This is the first time a company in Northumberland has won this award, so we feel particularly proud.

21 Years Ago, Neill and Margaret Ann Maxwell who farm at Doddington near Wooler in Northumberland launched Doddington cheese, to add value to their milk.   Later in 2000, Neill and his wife Jackie launched Doddington Dairy Ice cream, and last night they were awarded the Best Food Producer award at the BBC Food and Farming Awards ceremony in Bristol.

On hearing the news of their fantastic achievement, Jackie Maxwell Director of Doddington Dairy said:

We are absolutely delighted to receive this incredible recognition on a national platform and from such esteemed judges who recognized the quality of the products we produce.

It was a great honour to be told by the judges that the deciding factors were, that we are a hard working farm, turning our produce into food, creating sustainable jobs and having a positive impact on the local economy in what is, a very rural location.

Margaret Ann, Neill and myself would like to take this opportunity to thank everyone who has supported us over the years; our customers, suppliers and of course our very hardworking and committed staff.  All of these people, in addition to other family members have been integral to this huge achievement and it certainly would not have been at all possible without everyones commitment and dedication.

Over the years, Doddington Dairy has scooped a number of awards, but for them, being awarded BBC Radios 4s Food Producer of the year is quite literally the topping on the cone with sprinkles!

This website uses cookies to improve your experience while you navigate through the website. Out of these, the cookies that are categorized as necessary are stored on your browser as they are essential for the working of basic functionalities of the website. We also use third-party cookies that help us analyze and understand how you use this website. These cookies will be stored in your browser only with your consent. You also have the option to opt-out of these cookies. But opting out of some of these cookies may affect your browsing experience.
Necessary Always Enabled
Necessary cookies are absolutely essential for the website to function properly. This category only includes cookies that ensures basic functionalities and security features of the website. These cookies do not store any personal information.
Non-necessary
Any cookies that may not be particularly necessary for the website to function and is used specifically to collect user personal data via analytics, ads, other embedded contents are termed as non-necessary cookies. It is mandatory to procure user consent prior to running these cookies on your website.
SAVE & ACCEPT